6 WAYS TO MAXIMISE THE GIFT OF FEEDBACK 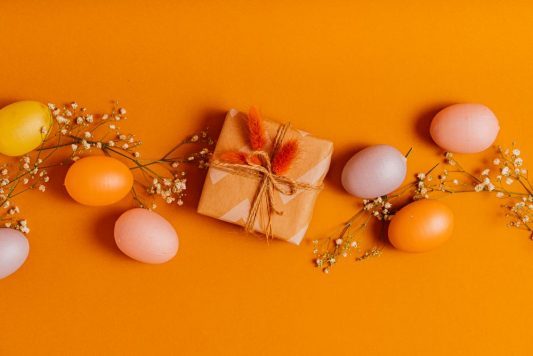 Do you want to get better at something, and get there quicker? Feedback is going to be your key tool.

“The arrogance of success is to think that what you did yesterday will be sufficient for tomorrow.”

Feedback is embedded in certain professions. Athletes have coaches. Writers have editors. Actors have directors. The feedback is often immediate in these environments and people tweak their performance continually – they don’t save performance reviews and/or deliberate practice for once or twice a year.

But too often a feedback culture is not baked into company culture.

A Gallup study showed that 98% of team members fail to be engaged when managers give little or no feedback.

Candid feedback is a necessity.

CEOs can isolate themselves from feedback, often unconsciously. They promote and hire people who agree with them rather than people who are prepared to speak up and hold the mirror up. That can be a dangerous place to be as your blind spots stay out of view and overconfidence creeps in.

An intellectually honest organisation where feedback is shared upwards, downwards and sideways is more likely to be a better place to work where team members are engaged and working towards fulfilling their potential.

I have set out below six behaviours great leaders use to build an effective, feedback-rich environment.

1. Develop a Growth Mindset about Feedback

Some of us naturally seek out feedback to improve, whereas others are fearful of hearing something that’s hard to take or are only able to listen to the positive. Some are so arrogant they don’t think they need any feedback.

Zenger and Folkman asked executives what had been most useful in their careers – 72% of them  attributed their performance improvement to getting challenging feedback from managers.

Feedback is a gift.

But why doesn’t it always feel like a gift? Often it’s because it’s delivered in an unhelpful way, it’s more about feelings than facts and behaviours, people don’t have your best interest at heart, it’s too generic, it’s not delivered on a timely basis.

When you receive ‘criticism’ with a growth mindset your mind stays open, you listen to understand, you seek clarification and you are motivated to learn and improve your performance.

Some tips on helping you to handle feedback with a growth mindset:

This is so important!

Leaders who actively ask for feedback is rare but it’s the best starting point for a leader who wants to create a skillful feedback and intellectually honest workplace.

People find it difficult to give feedback upwards to people in authority and as a result CEOs don’t get to hear about the impact they are having on others. They live in a bubble where strengths get overplayed and weaknesses get ignored.

But soliciting feedback in itself is not enough.

The aim of soliciting feedback is not just for the leader to become more self-aware but it is also to create an atmosphere of psychological safety where team members are continually giving and receiving feedback to and from each other. As people throughout the organisation realise that giving honest and open feedback is safe and encouraged, you get a virtuous circle where everyone helps each other get better.

How should you solicit feedback?

If you think by asking, “Do you have any feedback for me?”, is going to elicit a great answer, you are wrong. You need to make it easier for the person you are asking. There is no one ‘right’ question to ask but what will help is that your request for feedback is specific, open-ended and frequent. Here are a couple of examples of good questions to ask:

“What is something I could have done differently this week to make your job easier?”

So at your next team meeting:

3. Feedforward Rather Than Feedback

When we give someone feedback it is only natural for us to ask for examples that back up the viewpoint. We are rarely satisfied with the answers and start to litigate and defend ourselves.

The best leaders, however, tend to go forward with their criticisms. They ‘feedforward’ more than give feedback about the past. They talk about the next meeting, the next decision, the next presentation and how you could do something differently in the future. If you tell someone what happened this morning they can’t do anything about it. But if you tell them what they can do tomorrow, they can do something about it.  And it is much harder to litigate over something that hasn’t yet occurred.

As an example, if someone fails to meet a deadline for a client. His or her leader asks the individual what they could do better next time. By focusing on what to do next time, the recipient will be less defensive and more likely to be able to brainstorm a bunch of process improvements for next time.

4. Make It Actionable Through More Of/Less Of Statements

When you give feedback it is worth thinking about a quadrant. One axis has positive to negative on it. Usually when we receive feedback our brains will place it into one of two buckets – a positive or a negative one, very rarely will we put it in the neutral bucket. The second axis is about utility (i.e. how useful is the message) and the axis goes from high utility to low utility.

When we give feedback, whether it is seen as a positive or a negative message, we always want to aim for high in utility/usefulness. We want the feedback to be actionable otherwise what is the point?

One of the best ways of doing this is to be a “More of” or a “Less of” leader.

More of/Less of is also an effective way to feedforward and avoid the negative reactions you can get from feedback.

5. Be As Effusive About The Positive As The Negative

Learning how to give praise is just as important as learning to give criticism. Praise should offer guidance just as much as criticism. As Kim Scott says, when “you’re leading a team, criticism is like your brake and praise is like your accelerator”.

Too often in order to soften the tough feedback we are about to give we throw in a quick compliment. We then spend the rest of the meeting on the ‘negative’ stuff. This lack of balance in our feedback between positive and negative is likely to result in shutdown or a defensive reaction.

Getting balance is key to getting your team members to act on feedback.

The ratio of positive and negative feedback is critical. Research shows that the positive comments should far outweigh the negative ones – 5:1 or 7:1 or even 10:1. The ratio is a very good litmus test of where the relationship currently stands.

But it’s not just about the number of positive comments, it’s also about how you communicate the praise. We need to put as much thought, be as elaborate, vivid and specific about the praise as we are about the negative feedback.

Five reasons why praise is so important:

The overall balance between positive and negative comments will reflect where you are with any particular relationship. So think about which relationships are not feeling that strong at the moment and ask yourself how recently have you given that person an energetic bit of positive feedback. Getting the balance in your feedback will put the relationship back on track.

6. Discover The Gap: Get Others To Talk First

When you get someone to speak first you learn what is the gap between what they think (their expectations) and what you think (your expectations) about the performance. You will hear their thoughts, their examples, their language around it. You also get to understand their expectations for the type of feedback they are looking for.

If there’s a big gap between you, listening to them first, will allow you to figure out how to enter the conversation so that they can hear you and act on the feedback. Too many leaders talk first, dominate the discussion thereby preventing any proper conversation i.e. a tw0-way discussion.

Also by encouraging people to talk first you get to hear their language. So, for example, if there isn’t a big gap you can use their language to hit the right note with your praise. Let’s say a colleague has just made a presentation, something which may seem trivial to you because it comes naturally to you but may be a real personal challenge for your team member, and you hear from them about how hard they have worked on it and how proud they were of their delivery; this gives you a big clue of how to pitch your constructive praise. Saying to your team member “Not bad” or “Good job” is not going to match their expectations on this occasion and you need to match up the intensity and the language of your feedback so that it lands well for them.

So make it a rule – before you give feedback ask the other person to talk first.

In summary, feedback is one of the behaviours that leaders often don’t spend enough time developing.

The best leaders have good intentions behind the feedback they are giving. They are not trying to get some point across or make someone suffer. They want to help their team members get even better.

Feedback shows that you care about someone. Care enough to have a potentially uncomfortable conversation in order to help someone improve. Care enough to hold up the mirror and show someone how their behaviour is impacting their success.

But how you hold the mirror up and allow others to hold it up for you is the key part to master.

If I could change just one small habit, what should it be?

“It takes humility to seek feedback. It takes wisdom to understand it, analyse it and appropriately act on it.”