Great Athletes Understand the Benefits of Coaching, Do You? 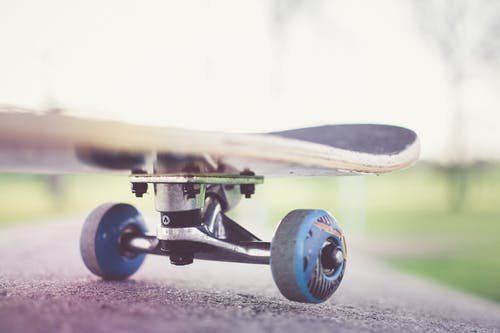 When has your learning accelerated the quickest?
What was the trigger for you becoming aware of your blindspots?
When did you last make significant changes in your life?
When has your performance improved the most dramatically?

If I’d been asked these questions my answer to all four would have been when I found a squash coach when I was 12 and a business coach a few years ago. I was obsessed with sport when I was younger, I was always on the move, playing two or three different sports in a day. Squash was a pretty popular sport a couple of decades ago until all the squash clubs were converted to gyms as people realised you could make more money from charging 30 people to be in a studio than 2 people on a squash court. I practised as much as I could. Then, when I was about 12, despite all the practice, my game started to plateau. I started to get beaten by people I used to beat – not a good feeling for a competitive soul! So, what did I do? I tracked down the best coach in our local area to give me some lessons. At the time I didn’t realise how good he was but I subsequently found out he was coaching the women’s world number one. He believed in being smarter, doing less but higher quality practice. He taught me not to be afraid of losing, to try new things out, to think more tactically during matches, to play to my strengths. I soon climbed up the rankings and became one of the top players in my county and help take my school to the semi-finals of the national school championships. I was on the way to being world champion (in my dreams!) until my body let me down. Bottom line though, my coach transformed my game until injury forced me to stop playing.

So how do people get better? The top sportsmen and sportswomen recognise the importance of working with a coach and most will tell you that their coach was critical to their success. Sports coaches help their athletes achieve their full potential thereby improving their performance.

Jack Grout coached the most successful golfer ever to exist, Jack Nicklaus, the winner of 18 Grand Slams. He was Nicklaus’s first and only coach. Grout’s philosophy beyond the technical details was to encourage his students to find their own way around the swing. He believed self-reliance was the key to a golfer reaching their full potential. In his book My Story Jack Nicklaus went on to explain that “rather than direct, [Grout] would suggest and guide.” According to Jack Nicklaus this was the secret to his success.

But coaching extends beyond sport.  Alla Lagoda, a ballet master/coach, believes that the best dancers need coaches to the end. She thinks that the dancer always needs an outside point of view to fix the position, to work on expressiveness. After all, she said, you lose your stance and fall out of the image, if you constantly look in the mirror.

Athletes and dancers even when they become the best in their world it is the time they need their coach more than ever, taking John Wooden’s, the legendary basketball coach, viewpoint, “It’s what you learn, after you know it all, that counts.”

In his TedTalk Want to get great at something? Get a coach Atul Gawande, a surgeon, starts out by saying: “I don’t come to you today as an expert. I come to you as someone who has been really interested in how I get better at what I do and how we all do. I think it’s not just how good you are now, I think it’s how good you’re going to be that really matters.”

Atul Gawande asked himself how do professionals get better at what they do? After many years of practising – law, medicine, whatever it is – professionals can often stagnate. Atul decided to follow what sports people do and get a coach to help him become a better surgeon. He described how his coach brought a whole different level of awareness which Atul found profound. He talked about his coach being his external eyes and ears, providing a more accurate picture of his reality.  Atul’s surgical skills improved after many years of stagnating.

The second time in my life my learning accelerated, when I became more aware of my blindspots and my performance improved was when I hired a business coach. The coaching was a trigger for many changes in my life. It was transformative. Initially a sounding board, a time to clear my head, to vent sometimes but overtime something much more significant. Self-awareness sky rocketed, my self-belief too. I became more of an active thinker, reflecting and learning in order to prevent making the same old mistakes. Most importantly my behaviours changed, I developed much more productive habits and left behind the old ineffective ones. It feels like I go to bed smarter than when I woke up. I continue to use a coach today.

I am fascinated with how people, particularly entrepreneurs, achieve their potential and I believe that having a great coach is one of the key factors to helping people fulfil theirs. The top sportspeople and dancers have to be totally committed to get the best out of themselves and they in turn require total commitment from their coach. If commitment from the client to be honest, explore, learn, make changes and be courageous is matched by the coach’s commitment to be non-judgemental, challenge, listen, support and motivate then coaching can truly be transformative.