How does an Emotionally Fit leader go about their day? 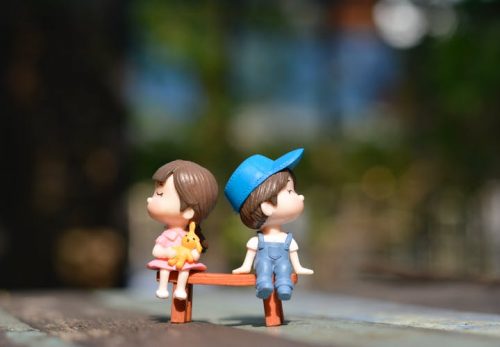 We ask this question or a version of it all the time and yet the answers we give or get from others are usually pretty standard and without much thought.

We don’t even expect people to answer truthfully. Our responses reveal very little about how we are feeling. It says more about our inability to discuss our emotions.

Emotions are in everything we do. As we go about our normal day, we are subject to a continuous flow of emotions; one moment we are feeling cheerful and the next we are grumpy. Emotions are not an occasional event.

Emotions run the show whether we are aware of them or not.

When you see two people of seemingly equal intellectual and physical capacity achieving very different outcomes, it is quite likely due to a difference in their emotional fitness and their ability to make emotions work for, instead of against them.

When I have asked people to reflect on the leaders who have been most impactful in their lives they generally talk about the emotional traits of that person rather than any other capabilities.

Emotional fitness is no longer a ‘nice to have’ for leaders, it’s a ‘need to have.’

So how does an Emotionally Fit leader go about their day?

Recognise our own emotions and those of others

Bob wakes up and reflects on his mood – how energetic and pleasant he is feeling – so he can be aware of the feelings he might be carrying into his day.

He notices the facial expression in his children as they eat breakfast together and he senses Martha is feeling a bit anxious today.

As Bob walks into the office (remember what an office looks like!?) he registers the mood. It feels a bit low in energy. He picks up that one of his colleagues in particular is looking a bit flat and remembers something they did yesterday which wasn’t typical.

A few minutes later he casually asks his colleague for a quick chat. “I noticed that you aren’t looking your normal bright self today, I wondered if everything is ok.” Turns out his team member is having problems at home. Together they decide to lighten the load a bit and take a project off her hands.

Understanding the source of our emotions and labelling them accurately

Bob notes he feels a bit tired and that he may need to be very conscious about slowing down his responses today.

He also senses a bit of guilt about the argument he had with one of his colleagues yesterday. That feeling of guilt is motivating Bob to repair the damage and highlights it’s time to apologise. Thanks for the signal, Mr Guilt!

Express our feelings appropriately to the context and norms

The senior team has their daily team meeting, everyone gets their turn to speak, they bring up the fact the energy is a bit low today. It’s probably because they lost a contract a couple of days ago and its now sinking in. Bob shares his feeling of frustration about losing it and his anxiousness about achieving the budget this month.

Regulate emotions rather than let them regulate us

These emotions are quickly replaced by the optimistic feeling of potentially winning two new contracts later in the week with much larger clients than the one just lost. Bob consciously adjusts his tone to one of optimism and the energy levels rise in the team.

Emotional fitness is a skill which can be learnt. If you want to be as emotionally fit as Bob the skills you need to develop are as follows:

Alain de Botton in this video – 20 Signs You’re Emotionally Mature – suggests that having a list to hand of what emotional maturity consists of may be a way of nudging ourselves in the right direction. It’s a great list please take a look at it.

How does my current mood affect my thoughts and decision-making?

Marc Brackett in his book Permission to Feel asserts that “… emotions are the most powerful force inside the workplace – as they are in human endeavour. They influence everything from leadership effectiveness to building and maintain complex relationships, from innovation to customer relations.”

See you in a month’s time. Keep well. Give > Take.