Strategy to Become a Better Decision-Maker: Develop Your Mental Models 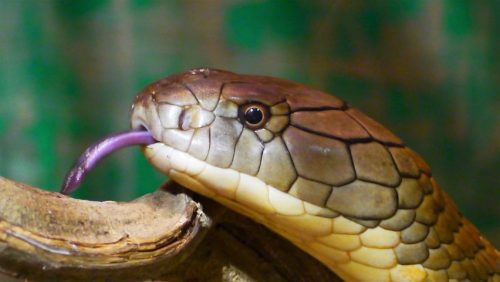 Success, however you measure it, will over time be directly related to how good your decisions are. So why don’t we spend more time thinking about how we think?

We make up to 50,000 decisions every day. Are you consciously aware of all of these decisions you are making? For your sake I hope not! The vast majority of our decisions are automatic, we are not aware we are making them.

That’s fine if it’s something like tucking your trousers into your socks when you go cycling so you don’t get oil on them (isn’t that automatic for you too or is that just me!?). Anyway, even when it comes to important decisions which are irreversible, we often go with the first option that comes into our heads. We respond to problems in the same old way, we look at issues from the same perspective each time and we make decisions as we have always done.

We think good decision-making is something we are born with. But it isn’t; it is a skill we learn through practice. You can train your brain to think better and one really effective way to do that is by increasing the number of mental models you use.

A mental model is an explanation of how we think something works in the real world.  The phrase mental model is an overarching term for a representation or framework or worldview that you carry around in your mind. We make a representation of how something works because we can’t carry in our heads all the facts or the whole problem. In order to try and make sense of it we simplify things, not with the intention of making it simple, but to help us navigate through life and our decision-making. No one mental model is 100% correct but they can be extremely useful, if applied accurately, to help us make wiser decisions.

Examples of mental models include:

Our mental models are thinking tools which shape our perceptions and beliefs, how we understand, how we solve problems, how we act and how we make decisions.

Improving your decision making through developing your array of, your understanding and application of mental models is at the core of the mental fitness aspect of The 5 PILLARS approach created by Fit to Lead.

The more models you have at your disposal, the more lenses you have to look at something, the more aware you will be of interconnections, the more accurate your perspective should be and the better your decisions.

We will be sharing more of the mental models in future newsletters but let’s now turn to the first mental model to share with you – second order thinking or the law of unintended consequences.

An example of first order thinking was during the time of the British rule of India when the government decided there were too many cobras sliding around the streets of (New) Delhi. They introduced an incentive scheme with the objective of getting rid of these venomous snakes. Bring a dead snake to the authorities and you will get paid a reward. The British government got what they wanted; lots of dead cobra snakes. The incentive scheme worked. Job done. Or so it appeared.

But the law of unintended consequences or second order thinking had not been applied. This was too good an opportunity to miss, thought the local Indian population. Rather than go and search for the cobras in the street or set traps for them it would be much easier to breed them and kill them in cages before handing them in for the reward. So, across the city many people started to breed cobras and the British officials were inundated with dead snakes.

When they figured out what was going on they immediately stopped offering the rewards, ignoring second order thinking once more and compounding the problem. The snakes were now worthless and were released onto the street of Delhi and the city ended up with more venomous snakes than when they first introduced the incentive scheme. Oh dear.

An example of second-order thinking came from an entrepreneur friend and a decision he recently made about his marketing spend. When lockdown came in, most companies went into survival mode. Potentially a sensible strategy as we entered into a very uncertain world. But was it the right thing to do? Many online businesses, for example, cut back their online marketing spend during April in the expectation sales would be minimal during the month as logistics/distribution was severely curtailed. My friend decided to do the opposite and increased his marketing spend in April thinking that rates would be lower on Google and that people would be at home browsing the internet. His sales dropped massively in April but his customers were busy ordering samples or buying with a delayed delivery date. Sales in May more than made up for the drop in sales in April. A great example of second order thinking.

In simple terms second order thinking is the ability to think through problems to second, third and nth order. First order thinking is quick and easy; second order thinking requires you to think further ahead, to consider the ripple effect beyond the immediate result, to ask yourself a range of questions and to be much more conscious about your decisions. It can prevent you from making a big mistake or help you construct an effective argument. You need to think about your competitors, your employees, your suppliers; everyone in the ecosystem who is likely to be affected by your decision.

We often make decisions based on a quick and obvious beneficial consequence. I am hungry, I eat a bag of sweets, my hunger is satisfied. But if I keep eating a bag of sweets each day there may will be other consequences – obesity, rotting teeth and diabetes.

We also fail to make good decisions because of short-term pain. We don’t bother going to the gym because it’s boring and hard even though we know that keeping fit and healthy is good for us in the long-term.

We make decisions without bothering to consider the interconnectivity of the word we live in.

Second order thinking can be hard. Making decisions which others are not making is uncomfortable, especially if, at first, they look wrong. To be a successful second order thinker you need to be “uncomfortably idiosyncratic” (Pioneering Portfolio Management by David Swensen of Yale) about your decisions.